How motivated are you? Depends on your personality

For some employees, neither the carrot nor the stick will serve as a motivational tool, research shows.

A study from the University of Iowa suggests that if a worker’s personality doesn’t fit the job requirements, he or she will not be motivated by external factors, no matter how tasty the carrot or painful the stick.

“Our approach shifts the traditional perspective that employee motivational forces are primarily imposed by external situational factors to a view that individual motivation is generated by the pursuit of high-order goals that emanate from one’s personality traits,” the study’s authors, professors Mick Mount and Ning Li, wrote in the study.

Mount and Li reviewed decades of research by behavioral scientists to create a theory that tries to explain why people do what they do at work.

The theory uses what is called the Five Factor Model, which captures five broad dimensions that are used to describe human personality: extroversion/introversion, agreeableness, conscientiousness, emotional stability, and openness to experience.

In Mount and Li’s theory, workers’ personality traits create high-order goals that they strive to achieve in their lives. When the characteristics of their jobs are aligned with their high-order goals, Mount and Li found they tend to be more productive workers.

The researchers said when an employee’s job allows them to work toward one of those four higher-order goals — status, autonomy, achievement and communion, or being with other people — they find a level of psychological fulfillment that intrinsically motivates them to perform their jobs well. If not, then the worker is too bored to care.

For example, Mount and Li said if an employee is an ambitious, go-getting extrovert whose high-order goal in life is status, then it will be hard for an employer to motivate the person if he or she works in a repetitive job with no advancement opportunity.

Conversely, they said if a worker is a shy, retiring type whose goal is autonomy, he or she will not be motivated to perform better by promises of a promotion to management, because the last thing he or she wants is to be in charge of other people.

“The implication for businesses, then, is that we first need to understand which goals matter to employees and then match those goals to characteristics of jobs so we can make work more meaningful and intrinsically motivating to the person,” Mount said.

The study, co-authored by Murray Barrick of Texas A&M University, was recently published in the Academy of Management Review.

This information was first published on July 10, 2013 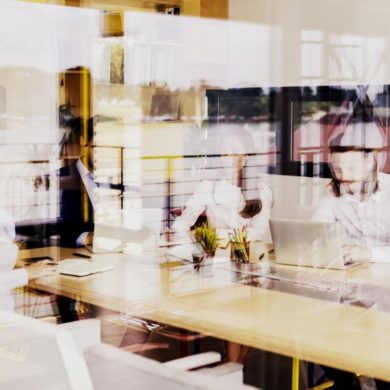