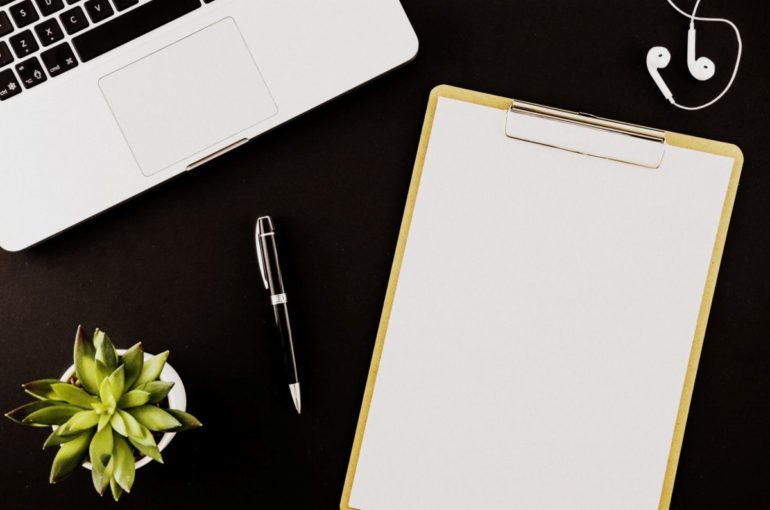 There’s a big difference between completing a project and perfecting a project. Perfectionism frequently works against the drive for completion.

A final work product doesn’t have to be perfect to produce strong results. However, the project must be essentially complete.

A mediocre but complete film script can still be made into a movie. A beautifully crafted but half-finished script is largely worthless.

An unpolished but shippable software program can still provide value to customers and generate sales. A feature-rich but perpetually unshippable piece of software will usually generate zero sales (QuickBooks notwithstanding).

Perfectionism isn’t the same thing as polishing. Polishing a completed project can make it even better, as long as the polishing process doesn’t incur unreasonable delays or lead to the cancellation of the project. In many cases polishing can be done after the initial project is declared complete. A book can be revised in future editions. A song can be remixed. A website can be updated after it’s online.

I’ve done well as a blogger because I publish articles, not because I write them. I never feel that any article I post is perfect. But I push myself to publish what I write, even though the result is always less than perfect. This gets value into people’s hands, and it generates web traffic and income for me. My website is far from perfect as well, but it’s functional enough to deliver value to people. This is a better result than the perfect website with the perfect content with the launch delayed indefinitely.

While it’s great to have high standards for quality, how do those standards affect your ability to complete projects?

Are your standards for quality so unrealistic that they prevent you from being able to do the work necessary for completion?

If you claim to have high standards, but you aren’t producing much deliverable output, then I would suggest that your standards are lame. What good is a standard if it doesn’t produce results?

A fantasy standard is one that allows you to delude yourself into believing that you’re creating something of incredibly high quality or value, but you aren’t actually delivering the final work product within a reasonable period of time.

One reason people adopt fantasy standards is that they fear delivering their final work product.

It can be scary to deliver something that’s imperfect. As long as you’re still “working” on a project that hasn’t shipped, you can succumb to the delusion that when it finally does ship, everything will be rosy.

The truth is that whenever you do deliver your final work product into someone else’s hands, it will virtually never be received with 100% appreciation and gratitude. Someone will always find fault with it. This comes with the territory.

If you release a movie, people will give it negative reviews. If you publish a book, people will criticize it. If you launch a website, some people won’t like it.

Accepting the consequences of completion

If you expect that when you complete a project, the consequences will all be perfectly positive, this will fuel your sense of perfectionism, and you’ll suffer endless delays.

The truth is that completing a project will usually result in a mix of positive and negative consequences.

I recently read a biography of Depeche Mode, which is my favorite music group. Given their immense popularity and their tens of millions of sales, they’ve been one of the most successful bands of all time. But whenever they release new material, some members of the music press always trash them. No matter what they do, some well-known reviewer will give them a rating like 1/5 or 2/5. The band constantly received scathing reviews.

Of course they received many positive reviews too, but there’s always someone willing to criticize their work. Some of their most popular songs like “Master and Servant” and “Blasphemous Rumours” were even banned in certain places due to being too controversial or racy, so they lost out on a lot of potential radio play.

And yet despite these and many other difficulties, they continued to publish more music, and they’ve been incredibly successful, and countless bands have said that DM has been a major influence on them.

The band has certainly had its ups and downs over the years (drug addiction, attempted suicide, divorces, depression, personality clashes, etc.), but despite all of those problems, they have been able to pull together and complete songs and get them released to the public. Their songs aren’t perfect (except for “Perfect” I suppose), but they’ve been very good at getting songs and albums finished. Sometimes it was very difficult for them, but they kept on publishing, as opposing to creating half-finished songs and setting them aside.

Many of of DM’s songs are only so-so, but by continuing to publish again and again, they’ve managed to create many solid hits along the way, such as “Enjoy the Silence.” And still for every hit, there’s some reviewer who’s willing to say, “That song is lame and here’s why…”

A more realistic view of success

Success in any venture is never 100% Smurfy. The roses always come with thorns.

When you do complete some great projects and you enjoy the success that comes as a result, you’ll invariably have to deal with some negative consequences that come along for the ride. Ultimately you’ll have to devote some time to thorn management.

This isn’t an untenable problem. Thorns can be managed. However, it’s important to accept that these thorns exist and that occasionally you’ll have to deal with them.

Perfectionism can be regarded as an unwillingness to deal with the thorns of success. But since the thorns are largely unavoidable, the only way you can realistically save yourself from having to deal with thorns is by preventing success itself. When you don’t consciously realize that you’re resisting success in this manner, it shows up as perfectionism. This gives you the impression that you’re working towards the results you desire, but in reality your projects always get sidetracked. Of course, you’re the one who’s subconsciously derailing them.

I have many friends who could be considered highly successful, and they all have thorns to deal with. Some are international bestselling authors. They’ve been on Oprah, and they enjoy a high standard of living. However, they also have to deal with the stress of busy travel schedules and lots of people wanting something from them. If you got to know them, you’d never say that their lives are perfect. But they do tend to be happier when they’re achieving new goals and getting projects completed. Most authors I know are quite radiant when they have just finished a new book.

Playfully engaging with the negative aspects of success

When you adopt a more realistic view of success, it becomes easier to complete projects. Perfectionism is less of a problem when you’re willing to accept the negative consequences that tag along with the positive ones.

Whenever I publish a new article, I know that some people won’t like it. Even when I feel I’ve shared some great insights, I know from experience that some people will think it sucks. Some people will criticize my article on their own blogs. Every now and then, someone actually launches a whole new blog just for the purpose of criticizing what I write. I accept all of that because it’s a side effect of success. These thorns come with the roses I receive. If I was failing, these thorns wouldn’t be arising.

What works for me is having a playful attitude towards the negative aspects of success. I think it’s unwise to take ourselves too seriously. If we fully and completely accept that success naturally includes some downsides, then we can relax and enjoy the creative process without undue stress or delay. It’s like accepting that if you win the lottery, you’ll lose a significant percentage of your winnings to taxes, and your old friends may start acting weird around you. If you accept that this is okay, then you can enjoy the win without stressing over the consequences.

Perfectionists fear the negative aspects of success, such as turning in a completed work project and having their boss criticize it, or releasing a book and seeing it get negative reviews. But if you turn towards this fear of negative results and engage with it playfully, the fear will greatly diminish. It’s easier to complete projects when you aren’t resisting completion due to fear of negative consequences.

One of the ways I’ve played with this in the past was to intentionally write some articles that I expected would generate mostly negative feedback. I still thought the articles were interesting and worthwhile, but at the time of publishing, I figured that most people wouldn’t like them very much. I wrote them partly as an act of courage for myself, so I could get past any lingering fears regarding negative feedback. I thought this would make me a better writer in the long run since I’d be more willing to take risks instead of playing it safe. As I expected, those pieces did generate plenty of critical feedback. But then again, some people loved them, and ironically one of those articles (10 Reasons You Should Never Get a Job) became my most popular article ever. By playfully embracing the negative aspects of success, I actually invited more of the positive aspects into my life as well.

In retrospect this was a healthy exercise because it helped me develop the willingness to publicly explore a broader range of topics.

Think of this process as immunizing yourself with respect to the negative aspects of success. If you playfully engage with the negative aspects, you probably won’t see them as such a big deal. Your reaction will become less resistant and more neutral. You might even come to enjoy what you once felt was negative. For example, you may learn to appreciate the extra publicity, links, and traffic your critics send you.

Whenever you cross the finish line, the result is never perfect. You’ll always look back at the days behind you and feel you could have done better. Celebrate and enjoy your finishes anyway.

Ten years ago, I ran the LA Marathon. My performance sucked because I ran with a knee injury (which wasn’t such a good idea in retrospect), and I was in pain for most of the race. It also rained for the first two hours of the race, so I ran wearing a plastic bag, and my shoes got wet. But I still crossed the finish line and picked up my finisher’s medal. I couldn’t run for many weeks afterwards, but I’m glad to have actually completed a marathon.

It’s helpful to accept and embrace the negative aspects of success, so don’t resist success. But at the same time, we can still focus most of our attention on the positive aspects. Accept the presence of thorns, but let the rose inspire you.

Your results will never be perfect, but a pretty good result is better than no result.