Success isn’t a competition: How boosting others can help you in the long run

As someone who has found some success amongst the seemingly endless sea small businesses, I’ve had to confront some old and rusty ideas I used to have about success and competition.

I examined these long-held beliefs early on in my blogging career, and discovered that they were false.

What I learned that has helped me tremendously, and these ideas can be applied to many fields of work and many areas of life:

The last one probably sounds obvious, but is also the idea that’s least used in reality by many people. For some reason, many of us get jealous when others are successful, and we try to tear the person down. We belittle them for their success, we criticize unfairly, we bad-mouth people, we become obstacles to their further progress.

It’s utterly illogical, and yet you can find it everywhere in life, in many different cultures and industries. How does someone else’s success become a bad thing for other people? This is a concept I’d like to explore a little, and to take a look at the converse: how boosting people actually helps you.

Blogging, for example, is not a zero-sum game. If I gain readers, it doesn’t mean you’ll lose readers. In fact, if we as bloggers link to each other, we can help each other gain readers at the same time.

Helping other bloggers, in that sense, does nothing to hurt you as a blogger. You aren’t competing for readers, even if you’re both trying to get the same readers, because readers can read multiple blogs.

We aren’t competing for readers — we’re all trying to gain readership, but we can do that together, cooperatively if we like. Or we can compete and tear and claw at each other.

This concept can apply to many other industries. I’ve been a writer in the field of journalism, and while some journalists think it’s a competition — you want to beat others by getting the story first (a scoop!) or you’re competing for limited jobs — I never agreed. We were all striving for the same goal: to tell the truth, and to get useful information to our readers.

In that light, journalists can cooperate, and some of them actually do cooperate. Sharing of information is good for everybody.

Think about your field of work: while the mainstream view is probably that everybody’s competing with each other, is there a way to see it as just the opposite? That we can all be successful, and that helping each other is actually a good thing?

I would bet that you can see it that way. Think of it in terms of personal success: do you really need to compete with your peers in order to be a success? Can’t you all be successes, but in different ways?

Maybe one person makes a million dollars, another successfully starts a small business, another becomes famous for inventing something new, another becomes one of the most solid and hardest working people in his field. Those are all successes in different ways, and there are many, many more ways to be successful.

There is a lot of use in this kind of view. Competition can be a motivator, and sometimes can be a lot of fun. But it can also be destructive, and become an obstacle to success. And if you see things as not a competition, that can lead to some really great things. Let’s take a look at that now.

Boosting others helps you in the long run

Let’s say, as a blogger, that I link to others and send them a lot of traffic so that they get new readers. Those other bloggers might, over time, become even bigger than me. Have I just lost a competition? Did I just shoot myself in the foot?

Not at all. If I help others to become successes, that’s a good thing. First, it feels good to make others happy and successful. Trust me — this is one of the greatest feelings. But second, if you want to look at things in more of a selfish way (and you don’t have to, at all), making others successful actually helps you in the long run.

Think of it like this: if I help five blogs become so successful that they each have 5 million readers a month (oh, we can dream!), they will probably be grateful for my help. They might remain close friends with me, even though they are now out of my league. They might even see me as a mentor. And as a result, they will probably send readers my way from time to time, when I have good posts their readers might like.

And wham! I now have five major blogs sending their readers to me, after I helped them grow by sending readers to them! I am rolling in traffic! Yee hoo haw!

Of course, there’s no need to see things in such a quid pro quo way, but you can see how this example illustrates the way that helping others can come back to help you in many different ways.

And this doesn’t just apply to blogging — it can apply to anything. Imagine if you had helped Bill Gates to create his first software company, and he went on to become bigger than you. It would be cool to be the guy who made Gates successful, would it not? He might even help your little company and invite you to party on his yacht sometimes. Sure, you lost a competition by helping a competitor — but you also gained a life-long friend who is now a billionaire and seems to be on good terms with Jerry Seinfeld. Hard to beat that!

By freeing yourself from the bounds of competition, you free yourself to help others, even if they might be competitors. And in doing so, you gain relationships, and those can be amazingly valuable — in terms of having great friends, and maybe gaining something in the long run. Friends, of course, are much, much more than what they might give you (and you shouldn’t make friends because they might give you something), but you can see the point: it certainly doesn’t hurt you to help others.

Don’t tear others down

So if boosting others can help you, what about the reverse: What does tearing others down do for you?

Well, tearing others down might make you feel better. I doubt it, but it might. It might also stop a competitor from succeeding, and maybe in the short term that will help you. I also doubt that, but it might.

The truth is, no one likes a person who tears others down. If you are bad-mouthing someone, it might make you feel better, but others won’t like it. You will gain a bad reputation, and your bad-mouthing will come back to hurt you. If you are sabotaging others, that’s even worse.

If you become an obstacle to others’ success, they will despise you for it. They will try to get around you, and failing that, will try to go through you. Your energies and time will be spent trying to stop others, and defending yourself against their attacks.

What a waste of precious time and energy! Couldn’t you spend that better on building things yourself? On creating something beautiful and truly useful? On helping others to succeed? Of course you can!

Tearing others down is destructive. It hurts other people, and in the long run, it’ll hurt you. Don’t waste your time and energy on it.

“If any of my competitors were drowning, I’d stick a hose in their mouth.” – Ray Kroc, founder of McDonald’s 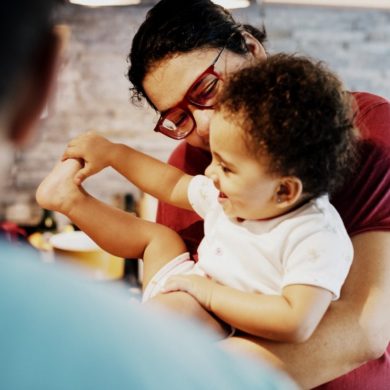 Feeling in control can help you live longer