Anyone can learn to be more inventive

There will always be a wild and unpredictable quality to creativity and invention, says Anthony McCaffrey, a cognitive psychology researcher at the University of Massachusetts Amherst, because an “Aha moment” is rare — and reaching it means overcoming formidable mental obstacles.

But after studying common roadblocks to problem-solving, he has developed a toolkit for enhancing anyone’s skills.

McCaffrey believes his Obscure Features Hypothesis (OFH) has led to the first systematic, step-by-step approach to devising innovation-enhancing techniques to overcome a wide range of cognitive obstacles to invention. His findings appeared in the online issue of Psychological Science.

Looking at more than 100 significant modern and 1,000 historical inventions, McCaffrey analyzed how successful inventors overcame various cognitive obstacles to uncover the key obscure information needed to solve problems. He found that almost all innovative solutions follow two steps, as articulated by the OFH: Noticing an infrequently-seen, obscure feature; and second, building a solution based on that feature.

“I detected a pattern suggesting that something everyone else had overlooked often became the basis of an inventive solution,” he says. So the cognitive psychologist with degrees in computer science and philosophy, who says all three disciplines “have come in very handy to approach this from different angles,” set out to study aspects of human perception and cognition that inhibit our noticing obscure features.

“I felt that if I could understand why people overlook certain things, then develop techniques for them to notice much more readily what they were overlooking, I might have a chance to improve creativity.”

Psychologists use the term “functional fixedness” to describe the first mental obstacle McCaffrey investigated. It explains, for example, how one person finding burrs stuck to his sweater will typically say, “Ugh, a burr,” while another might say, “Hmmm, two things lightly fastened together. I think I’ll invent Velcro!” The first view is clouded by focusing on an object’s typical function.

To overcome functional fixedness, McCaffrey sought a way to teach people to reinterpret known information about common objects. For each part of an object, the “generic parts technique” (GPT) asks users to list function-free descriptions, including its material, shape and size. Using this, the prongs of an electrical plug can be described in a function-free way to reveal that they might be used as a screwdriver, for example.

“The trick is how to unconceal the features relevant to your purposes,” McCaffrey points out. The result of creating the function-free parts list is a tree diagram in which the description of each part does not imply a use, helping subjects see beyond common functions of any object and its parts.

Using “insight problems” involving common objects because they require no special engineering knowledge, McCaffrey designed an experiment to test whether GPT improved problem solving in a group of 14 undergraduates trained in GPT compared to a control group of 14 who were not. Both groups were given insight problems commonly used in psychological testing, plus new ones designed by McCaffrey’s colleagues.

Overall, the GPT group solved 67.4 percent more problems than the control group, a dramatic and statistically significant improvement in performance. In a follow-up study asking subjects to list features for the same objects (independent of a problem), GPT-trained subjects listed the key obscure feature required for the solution 75 percent of the time compared to 27 percent for controls. This suggests it is not mere exposure to problems but rather the GPT that leads to uncovering the key obscure feature more often.

Two ideas from his philosophy background helped him think about such problems in a broad way, McCaffrey says. In Nietzsche, McCaffrey found his broad definition of “feature” that doesn’t limit a theory of creativity. From Heidegger, he borrowed the notion of “unconcealment,” the idea that any object can have an unlimited number of features that are gradually unconcealed within an endless array of contexts.

“I was an elementary school teacher for several years,” McCaffrey adds. “With these ideas bubbling around in my brain, I gave my students a steady stream of puzzles and observed carefully when they were getting stuck.” Eventually, he decided it was time for him to formally and scientifically study how people overcome these mental obstacles.

“I want to help people to notice things consciously that they might not otherwise see, and remain open to the possibilities. Noticing is one thing, and building on it or connecting it to other things is the next step. Some of this can be learned and we now have a discipline for it.” He is already looking at other obstacles and plans to publish a series of innovation-enhancing techniques to address as many as two dozen distinct creativity blocks caused by the normal function of our perceptual and cognitive systems.

This information was first published in February 2012 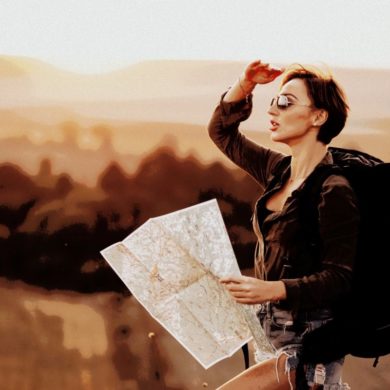