“There are two mistakes one can make along the road to truth…not going all the way, and not starting.” – Buddha

How do you start something new?

Whether it’s beginning an exercise program, getting going with a task you want to complete, or creating a new business or product from scratch — how do you get started?

It’s one of the most intimidating things. It’s the lack of starting that kills most tasks and projects.

Procrastination is putting off the start. Your new venture gets put off because the start is too hard.

When I started Zen Habits, I had no idea how to start. I looked at other blogs and it was intimidating what they’d accomplished: not only thousands of readers but hundreds of articles, a killer blog design, their own domain name, all kinds of services and ebooks and T-shirts and other things going on.

I could not do all that — I had a job (two actually) and a family with six kids. So I skipped it all and did one thing: I chose a random name that felt right, and created a free account on Blogger.

That was incredibly easy, and I felt great.

Then I did one more thing: I did a short post reflecting on some things I’d been doing. Basically just a journal entry. I was out in the world for the first time!

This was my start. It wasn’t hard — in fact, so easy I couldn’t refuse to start. Eventually I did all the things everyone else did, but that came later. At the start, I did just one thing, and then another.

If you read my Un-Procrastination ebook, you know how easy it was to read. Short chapters, easy reading, you could be done in a short amount of time. I purposely made it easy, so you wouldn’t procrastinate.

But then someone said, “It’s easier to read the book than implement it!”

Too true. Unless you make it even easier to get started.

How do you start on a task when you’re procrastinating because it’s too hard? You make it super easy.

First, pick a task. Is that too hard? Randomly choose one, to make it easy on yourself.

If you’ve picked a task and it seems too hard to get started, make it even easier: just do one minute. If that’s too hard, just do 20 seconds. That’s so easy you can’t say no.

Whatever the task, if you’re procrastinating, make it easier. The key is to just get started. If you want to go beyond the 20 seconds, keep going. If not, do another 20 seconds after you’ve taken a break and wiped the hard-earned sweat off your brow.

How do you start a habit? Some people have no trouble starting — it’s the sticking-to-it that’s hard. But others have been wanting to do something for years and just can’t get into it.

Either way, you want to start as easy as possible.

Starting is the key to a habit. If you don’t start, you won’t ever make it a habit. So make it as easy as possible. Want to exercise? Just lace up your shoes and get out the door. Even just 5 minutes is all you need.

What if you want to do much more, because you’re excited? Don’t. Start as simply as possible. Why? Because the sticking-to-it is made much, much easier if you are doing a tiny habit. Try forming the habit of running for 30 minutes a day, and then try the habit of 5 minutes of running a day. Which do you stick with longer? I can already tell you the answer: The easy one.

If you want a habit to stick, start so incredibly simply that you can’t fail. Later, you can iterate on the habit until it’s at the level you really want. But start easy.

You’re finally ready to channel your powerful creative energy into a new project. Not just an ordinary work project, but one that will be a new venture for you — one that will start a new business, a new life, and make your mark upon this dense earth.

But you’re putting it off. There’s too much to be done, and you’re already busy. It’s intimidating to get started.

Let your new business or product do just one thing. And then make it do less of that one thing. Sure, later you can iterate and add a feature or two, but as you get started, do as little as possible.

You won’t be able to fail to start, and in the start is everything. It is where new worlds are created, new journeys begun, new lives born. 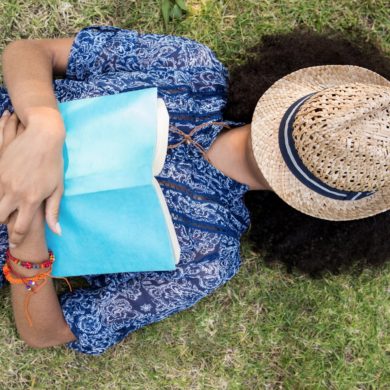 There are some surprising connections between sleep & gratitude