There are some surprising connections between sleep & gratitude

We all know that getting a good night’s sleep is good for our general health and well-being. But new research is highlighting a more surprising benefit of good sleep: more feelings of gratitude for relationships.

“A plethora of research highlights the importance of getting a good night’s sleep for physical and psychological well-being, yet in our society, people still seem to take pride in needing, and getting, little sleep,” says Amie Gordon of the University of California, Berkeley.

“And in the past, research has shown that gratitude promotes good sleep, but our research looks at the link in the other direction and, to our knowledge, is the first to show that everyday experiences of poor sleep are negatively associated with gratitude toward others – an important emotion that helps form and maintain close social bonds.”

Social psychologists are increasingly finding that “prosocial” behavior – including expressing gratitude and giving to others – is key to our psychological well-being. Even how we choose to spend our money on purchases affects our health and happiness. And children develop specific ways to help others from a very young age.

A large body of research has documented that people who experience gratitude are happier and healthier. In three new studies, Gordon and Serena Chen, also of the the University of California, Berkeley, explored how poor sleep affects people’s feelings of gratitude.

In the first study, people who experienced a poor night’s sleep were less grateful after listing five things in life for which they were appreciative than were people who had slept well the night before. The researchers adapted the Pittsburgh Sleep Quality Index, which measures sleep quality and number of hours slept, among other variables, to evaluate the previous night’s sleep.

In the second study, participants recorded their sleep from the previous night for two weeks and their feelings of gratitude. The researchers found a decline in gratitude associated with poor sleep, and those participants reported feeling more selfish those days.

“Poor sleep is not just experienced in isolation,” Gordon says. “Instead, it influences our interactions with others, such as our ability to be grateful, a vital social emotion.”

Giving away money to feel wealthy

Just as expressing gratitude confers benefits, so too does giving to others. New research shows that people all around the world – from Canada to Uganda, from South Africa to India – derive more happiness from spending money on others than they do on themselves.

“For the first time, we show that giving away money or spending it on others confers the ironic psychological benefit of increasing the giver’s sense of wealth,” says Michael Norton of Harvard Business School and co-author with Elizabeth Dunn of the University of British Columbia of the upcoming book Happy Money: The Science of Smarter Spending. In a suite of new studies, Norton and colleagues showed that charitable giving makes people feel wealthier.

This research follows on other recent work published in Psychological Science by Norton and colleagues that shows that giving time to others – from helping with homework to shoveling a neighbors’ driveway – actually makes people feel that they have more time. “In fact, giving time away alleviates people’s sense of time famine even more than receiving unexpected windfalls of free time.”

That people feel wealthier from spending money on others may explain why poor individuals tend to give away a higher fraction of their income than members of the middle class do. In one study, researchers reported that Americans earning less than $20,000 a year give a higher percentage of their income to charity than others earning up to $300,000 a year.

“Our results suggest when the poor give money away, that very act might mitigate their feelings of poverty,” Norton says. “More broadly than this specific benefit, our investigation contributes to the growing body of research documenting the benefits of prosocial behavior, which include greater happiness, reduced mortality, and better immune function.”

In related research, psychologists are finding that spending money on experiential purchases, such as vacations, concerts, and meals out, tends to bring us more happiness than material purchases, such as clothing, jewelry, or electronic gadgets. Amit Kumar and Thomas Gilovich of Cornell University are investigating one potential explanation for this difference: that experiences prompt storytelling more than possessions do.

In new research, they asked participants to recall either a significant experiential purchase or a significant material purchase. They then asked them how much they had talked about the purchase they recalled, and questions related to the satisfaction they derived from their purchase. Participants rated a higher satisfaction for experiences than for possessions, which was because they were more likely to talk about the experiences with other people.

In another experiment, the researchers measured what happens when people cannot talk about their purchases. They asked participants if they would be willing to pay a price to be able to talk about a beach vacation (experiential purchase) or an electronic good (material purchase). “Participants were more likely to switch from a better purchase that they could not talk about to a lesser purchase that they could talk about in the experiential condition than in the material one,” Kumar says.

“Well-being is likely to be enhanced by shifting the balance of spending in our consumer society away from material goods and towards experiential ones,” Kumar says. “This research also suggests that there are benefits to be had not only by nudging people to choose experiences over possessions, but also by encouraging people to share stories about their experiences.”

Knowing what is best to help others

The roots for how we give to others form at a very young age. Children, it turns out, are very sophisticated givers – not only coming to someone’s aid when needed but also coming up with the best strategy for doing so, often independent of an adult’s instruction.

In new research, Kristina Olson of Yale University and Alia Martin have found that children often will act, thinking they know better than others what is best for them or others. In a series of experiments, the researchers investigate whether 3-year-old children will help someone by ignoring the specific request and instead offering a better alternative.

“Perhaps most provocatively, children will selectively decide not to help in this way if they don’t like the person,” Olson says. “For example, if an experimenter has previously been mean, children won’t warn the adult of a potential harm – such as something sharp in the container they are reaching in – but will if the experimenter was not mean.”

“These results suggest that children are able to help adults and peers already by the preschool years in rather complex ways, even when the beneficiary is misguided about what he or she wants,” Olson says. “Children don’t just blindly do as they are requested, but rather consider a person’s goal and consider alternative possible ways to achieve that goal.”

This information was first published in January 2013 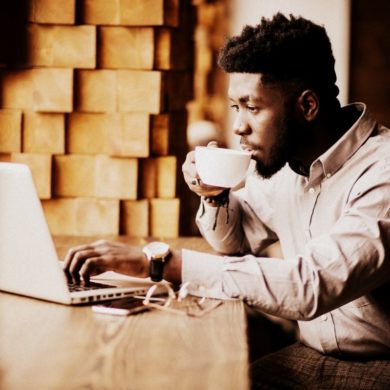 It’s what you know, not who you know