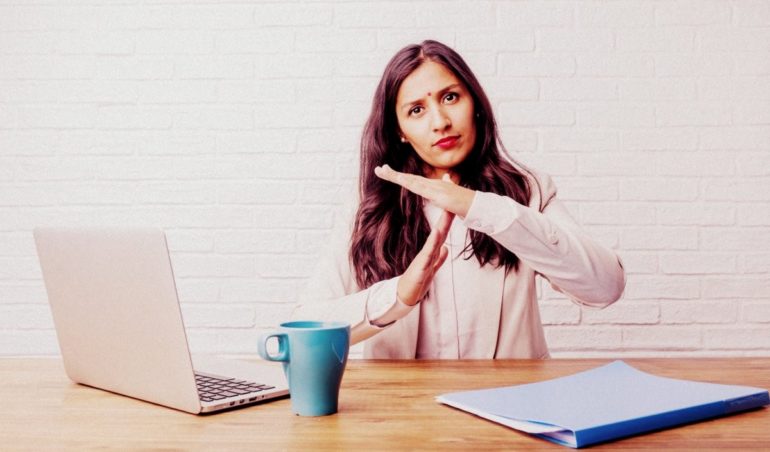 Do you have difficulty saying “no”? Are you always trying to be nice to others at the expense of yourself?

Well, you’re not alone. In the past, I was not good at saying “no,” because I didn’t want to hurt the other person’s feelings.

by Celestine Chua of The Personal Excellence Blog

For example, whenever I get requests for help, I would attend to them even though I had important work to do. Sometimes the requests would drag to two to three hours or even beyond. At the end of the day, I would forgo sleep to catch up on my work.

This problem of not knowing how to say “no” also extended to my clients, business associates and even salespeople.

After a while, I realized all these times of not saying “no” (when I should) were not helping me at all. I was spending a lot of time and energy for other people and not spending nearly as much time for myself. It was frustrating, especially since I brought it upon myself.

I slowly realized that if I wanted personal time, I needed to learn to say “no.”

Why we find it hard to say “No”

To learn to say “No,” we have to first understand what’s resisting us about it. Below are common reasons why people find it hard to say no:

If you nodded to any of the reasons, I’m with you. They applied to me at one point or another. However, in my experience dealing with people at work and in life, I realized these reasons are more misconceptions than anything. Saying “No” doesn’t mean you are being rude; neither does it mean you are being disagreeable.

Saying “No” does not mean there will be conflict nor that you’ll lose opportunities in the future. And saying no most definitely doesn’t mean you’re burning bridges. These are all false beliefs in our mind.

At the end of the day, it’s about how you say “no,” rather than the fact you’re saying no, that affects the outcome. After all, you have your own priorities and needs, just like everyone has his/her own needs. Saying no is about respecting and valuing your time and space. Saying no is your prerogative.

Rather than avoid it altogether, it’s all about learning the right way to say no. After I began to say no to others, I realized it’s really not as bad as I thought. The other people were very understanding and didn’t put up any resistance. Really, the fears of saying no are just in our mind.

If you are not sure how to do so, here are 7 simple ways for you to say no. Use the method that best meets your needs in the situation.

1. “I can’t commit to this as I have other priorities at the moment.”

If you are too busy to engage in the request/offer, this will be applicable. This lets the person know your plate is full at the moment, so he/she should hold off on this as well as future requests. If it makes it easier, you can also share what you’re working on so the person can understand better. I use this when I have too many commitments to attend to.

2. “Now’s not a good time, as I’m in the middle of something. How about we reconnect at X time?”

It’s common to get sudden requests for help when you are in the middle of something. Sometimes I get phone calls from friends or associates when I’m in a meeting or doing important work. This method is a great way to (temporarily) hold off the request. First, you let the person know it’s not a good time as you are doing something. Secondly, you make known your desire to help by suggesting another time (at your convenience). This way, the person doesn’t feel blown off.

I often use this as it’s a gentle way of breaking no to the other party. It’s encouraging as it lets the person know you like the idea (of course, only say this if you do like it) and there’s nothing wrong about it. I often get collaboration proposals from fellow bloggers and business associates which I can’t participate in and I use this method to gently say no. Their ideas are absolutely great, but I can’t take part due to other reasons such as prior commitments (#1) or different needs (#5).

This is more like a “Maybe” than a straight out “No”. If you are interested but you don’t want to say ‘yes’ just yet, use this. Sometimes I’m pitched a great idea which meets my needs, but I want to hold off on committing as I want some time to think first. There are times when new considerations pop in and I want to be certain of the decision before committing myself. If the person is sincere about the request, he/she will be more than happy to wait a short while. Specify a date / time-range (say, in 1-2 weeks) where the person can expect a reply.

If you’re not interested in what the person has to offer at all, don’t lead him/her on. Use methods #5, #6 or #7 which are definitive.

If someone is pitching a deal/opportunity which isn’t what you are looking for, let him/her know straight-out that it doesn’t meet your needs. Otherwise, the discussion can drag on longer than it should. It helps as the person know it’s nothing wrong about what he/she is offering, but that you are looking for something else. At the same time, by saying you’ll keep him/her in mind, it signals you are open to future opportunities.

If you are being asked for help in something which you (a) can’t contribute much to (b) don’t have resources to help, let it be known they are looking at the wrong person. If possible, refer them to a lead they can follow-up on – whether it’s someone you know, someone who might know someone else, or even a department. I always make it a point to offer an alternate contact so the person doesn’t end up in a dead end. This way you help steer the person in the right place.

The simplest and most direct way to say no. We build up too many barriers in our mind to saying no. As I shared earlier in this article, these barriers are self-created and they are not true at all. Don’t think so much about saying no and just say it outright. You’ll be surprised when the reception isn’t half as bad as what you imagined it to be.

Learn to say no to requests that don’t meet your needs, and once you do that you’ll find how easy it actually is. You’ll get more time for yourself, your work and things that are most important to you. I know I do and I’m happy I started doing that.

Celes writes at The Personal Excellence Blog on how to achieve our highest potential and live our best life. Get her free ebook “101 Things To Do Before You Die” by signing up for her free newsletter. 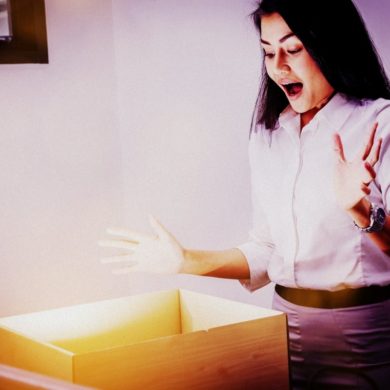